It was cheaper with newspapers.

In days of yore, it was said that one of the signs of brain damage was writing letters to the editor of the newspaper.  Newspapers are all but passé now.  A new and far more accurate measure of such cranial corruption is the ubiquitous internet comment.

If you want to be convinced of the depravity of the human race, or at least that portion of it that has internet access, read the comments after articles on web pages.  With newspapers, the very act of writing was the sign of the damage.  In the case of the internet, proof of serious disturbance of Poirot’s “little gray cells” is actually poured out like so much hazardous waste on the virtual page.

There are a lot of angry, hateful, stupid people out there.  A few cases in point:

I like to read the NFL web page.  It’s a great place to track games and catch up on the latest movements in the league.  Read the comments after any article.  The few that aren’t replaced with the comment, “Comment is abusive and has been removed” are generally abusive and should have been removed.

In a 30 point blowout, the losing fans complain that the refs cost them the game.  Jets fans still whine about spygate.  In spite of all evidence to the contrary, there are folks out there screaming that Brees and Rodgers stink.  (They rarely use such a delicate tone, however.)  The comments are filled to overflowing with venom, profanity, CAPITAL LETTERS, non-logic, misspellings, hatred, and indiscriminate idiocy.  They’d be funny if they didn’t represent actual human beings.

Raging over football is one thing, but when it happens regarding real people in the real world, this kind of antisocial behavior becomes borderline dangerous.  Any reader of this blog would be correct in assuming that I keep current on all things Haitian.  Whenever there is an online article about Haiti, there is at least one person positing that we as a country should write them off and let them die the slow and painful death the commenter foresees as their destiny.

Another signature characteristic about Haiti comments is a complete and total lack of understanding of the situation there.  This should not come as a surprise.  First of all, their state is an unbelievably complex one.  Second, most of these writers probably have trouble comprehending anything more complex than a (beer) bottle opener. 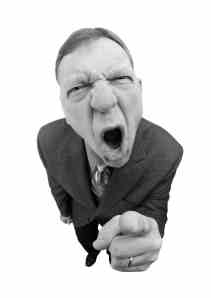 The last example is the one that provoked this rant in the first place.  This blog doesn’t have a lot of readers.  Thus, it doesn’t get a lot of comments.  Most are from friends and other relatively thoughtful folks.  Imagine my surprise last week when I received a comment from someone disagreeing with a position I’d taken.  He used abuse, insult, and profanity – the general tools of the trade – to accuse me of, well, being like him – stupid.

Look, I’m wrong.  A lot.  That particular opinion might have been wrong.  In fact, I said as much in the post.  It made no difference to my accuser.  In his eyes, I am a [comment is abusive and has been removed].

The great thing about having a blog is that I get to screen comments.  I will always publish comments of any value, whether they agree with me or not, but there’s no way I’m going to propagate viciousness and hatred.

There’s enough of it already.  Just check the internet.

It's not about me, remember?
View all posts by rickconti →
This entry was posted in General, Haiti, Writing and tagged abuse, anger, brain damage, comment, haiti, hatred, patriots, profanity. Bookmark the permalink.