Too good to fail 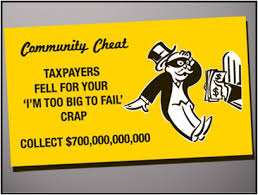 Remember when people actually fell for that idiotic philosophy of bailing out businesses that were “too big to fail?” That the mere size of a business made it more important than the society it supposedly existed to serve? Ha!

Anyway, because people in power bought (with our money) into that nonsense, we shoveled bundles of cash into the financial furnace to keep the engine of capitalism chugging along.

We’re so much better for it now, aren’t we?

But I’m not here to decry the folly and wanton greed of the private financial sector. Rather, it’s my desire to declare the opposite of the conventional wisdom: Smaller is better.  And in particular, to sing the praises of a shining example of that dictum.  A business that’s too good to fail.

Chilmark Chocolates – The name is as straightforward as the shop. It’s a place in Chilmark, MA, that sells chocolate. Situated as it is on the glorious island of Martha’s Vineyard, it’s not the easiest place to get to. It’s not even in one of the more populous, tourist-saturated sections of the island.

Nor do they go out of their way to make themselves approachable. They have no web site and don’t take phone or mail orders

Their business hours don’t help matters. They’re only open four days a week and only for six hours on each of those days. As if to prove that we need them a whole lot more than they needs us, they typically close for a week or two in August. There’s no rational explanation for a business in such a seasonal location to close its doors for even ten minutes during the high season, but they do because they can.

That only adds to its allure. When something is too easy to come by, it’s far less appreciated.

That’s just the beginning. They hire large numbers of people with disabilities: blind, deaf, and mentally and physically challenged persons often make and serve the chocolate. It’s part of their corporate DNA, which extends to donating portions of their income to local island charities.

All this wouldn’t mean much if the chocolate was poor, pedestrian, or merely good. Not to worry; it’s simply perfect. It comes with a variety of mix-ins like ginger, Grape-Nuts, butter crunch, raisins, cranberries, peanut butter. With locally-inspired names like Tashmoo Truffles and Squibnuggets, you’re getting a real taste of the island. Every variety fulfills the meaning of delectable.  If you prefer your chocolate unadulterated, you won’t be disappointed with a simple block of pure chocolate, milk or dark.

Finally, given the location, the quality, and the scarcity, the prices are outrageously reasonable.

All this explains why, during the few hours they’re actually open, there is a constant stream of anxious customers snaking through their tiny shop.  Plus, there are often a few dozen people waiting outside in the hot sun.  A small price to pay for socially responsible goodies.

So there you have it, the ingredients for a successful business: Be good to your employees, your community, and your customers. It doesn’t hurt to have freaking good chocolate.

Note there’s nothing about size anywhere there. It doesn’t enter into the equation.

Coming soon: A new blog.  Three more posts on this blog makes 250.  Then I start a second blog.  I’ll explain the whole thing (again) in the next few posts.

It's not about me, remember?
View all posts by rickconti →
This entry was posted in General. Bookmark the permalink.

3 Responses to Too good to fail